The Birmingham Grime scene is recognised in this year's MOBO Awards, with UK Grime and hip hop sensations leading the way with 15 nominations and the introduction of the new category for MOBO Best Grime!

In recent years the MOBO Awards has faced some criticism for its lack of 'real' UK talent and support for underground artists. There have been some very questionable and debateable winners and nominations in recent years. The most noticeable thing has been the lack of support of Grime music as its own genre of music. Grime has previously been mixed with rap and other genres which has been seen by many as a total disrespect for a genre that is kicking down doors in the UK, mainstream and underground as well as in the US and across Europe. This year sees a nomination for Birmingham Grime artist SOX, as well as Grime DJ, Big Mikee being part of the nomination panel for the awards.

The MOBO Awards have helped ignite the careers of numerous UK artists including Amy Winehouse, Craig David, Ms Dynamite, Estelle, N-Dubz and Emeli Sandé, who all went on to achieve great success after being recognised by MOBO.

This year's crop of multiple nominees once again asserts the MOBO Awards' position as a industry leader in spotting emerging talent. 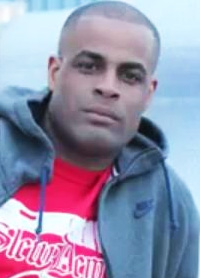 Brand new this year is the category for MOBO Best Grime (in association with BBC Radio 1Xtra). The shortlist of 10 nominees was carefully selected by a panel of tastemakers including grime DJs, bloggers, radio staff and industry experts.

Big Mikee was put forward as a panellist by Logan Sama which may come as a surprise for many following their recent clash in 'Lord of the Beats', but as Big Mikee went on to explain, the Grime scene is built on artists that have a mutual respect for the work they all put in, and if you want to progress you're going to have to network. Big Mikee explained why he was glad to see the new awarrd:

"It's massive to see Grime recognised in this way with the award. I had previously been disappointed by the MOBO Awards not giving Grime it's own recognition but with this award it's good to see Grime being took serious for the serious strides it's taking in the UK music scene."

Mikee was unable to discuss his nominations, even though we did push him, he wouldn't crack - LOL! But we did discuss the UK Grime scene at the moment; the artist's work rate and the lyrics that some artists portray via their tracks. We put it to Mikee that the lyrics alot of artists are chatting aren't suitable for the mainstream music industry and that won't help the Grime scene progression. Mikee said:

"If you compare Grime to genres such as Bashment or Hip Hop for lyrics and content, Grime is no worse for lyrical content than other genres of music. There is a mainstream and underground scene for all genres of music and Grime in no different. There are lyrics about real life situations, which are grimey things that MCs are talking about, but there are also mainstream lyrics. Artists can be versatile, this has been proven by the like of Kano, Chipmunk and Wiley to name a few, even artists that haven't blown mainstream yet still have mainstream tracks, look at Sox's Birmingham to Ibiza."

It's good to see the Birmingham Grime scene being recognised with the inclusion of Big Mikee on the nomination panel and the inclusion of MC Sox on the list of nominees for the award. Supatrax asked if Grime was mainly a East London thing or whether it had now outgrown it's roots and starting place of London. Big Mikee went on to explain:

"The Midlands is buzzing right now! it's got a good scene right now. I have people travel from all over the UK to appear on my show, and they get nothing but love from the Midlands. People wouldn't travel so far if the scene was dead.

"The only issue up here is that too many man are focused on making money, more than progressing their talent. Of course, people need to make money, but you have to progress your money in a constructive way. Artists like Mayhem have taken his time to produce his album, nothing but quality tracks. Hitman took time to perfect his release. Safone is going under a strict quality control procedure . . . So it's good to see the scene up here not just pushing stuff out, but pushing quality out and raising the standards. The UK has had to sit up and notice of the Midlands scene. The likes of Stay Fresh are also showing that Grime is more than making tracks . . . It's a business. And it's this part of the Grime industry that the Midlands is missing - The business element, but it's good to see positive progression in the Midlands Grime scene." 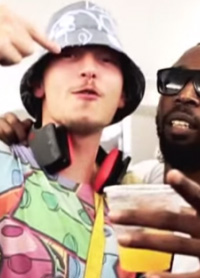 "The Midlands can further progress, there needs to more collaborative work. At times I have wanted to work on projects or put together sets and shows but due to drama, or certain people not talking, or cause this dudes checking that dudes ex or whatever, the music scene is suffering. I'm not here to be an agony Aunt, I'm here for us all to progress and work collectively to blow up. By people not willing to work together it can slow things down and cause problems."

Hailing from Birmingham, Sox is a name that is circulating at rapid speed in underground grime. The artist is now under BBK Management and loosely affiliated with 'The Boy Better Know' crew. SOX is categorised with some of the UK's biggest names right now: Big Narstie, Ghetts, JME, Lethal Bizzle, Meridan Dan, Novelist, Skepta, Stormzy and Wiley. It's a massive accomplishment to even be listed with them man, anything extra is a massive bonus.

Jay Kae from Birminghm'a Invasion Alert was also due for a nomination but due to current circumstances he would have been unable to be awarded and nominated.

The MOBO Awards return to London for the first time in 5 years, by popular demand. Marking its 19th anniversary, the internationally established brand is celebrating nearly two decades of its growing success. This year's emerging talents will champion the stage at The SSE Arena, Wembley on 22nd October, with the show being broadcast on ITV2.

Kanya King the founder of the MOBO Awards said: "As we enter our 19th year, the MOBO Awards show promises to be bigger and more audacious than ever. This year's nominees represent an incredible crop of artists. I find it particularly exciting to see so many underground artists featured, who've reached new heights over the last year and broken into the wider consciousness. It's testament to their talent and their determination to succeed and we are very proud to witness their successes to date. This year's show at Wembley is set to be nothing short of spectacular".

Voting for the Grime Awards category will open on 27th September at 10pm and close on 18th October at 10pm. To cast your vote, head to www.bbc.co.uk/1xtra (Support da ting and vote for SOX!!!!)

To vote for this year's nominees, go to www.mobo.com/voting

Tickets to attend the MOBO Awards are available via www.mobo.com/tickets

Krept & Konan is up for four awards, including Best Male, Best Hip Hop, Best Album for 'Young Kingz' and Best Song for 'Don't Waste My Time'.

Sam Smith has also been nominated for four awards, including Best Male, Best R&B/Soul, Best Album for 'In The Lonely Hour' and Best Song for his UK No.1 hit 'Stay With Me'.

Although the nominations were primarily given to male artists, don't count the females out just yet.

FKA Twigs is up for three awards, including Best Female, Best Newcomer and Best Video for 'Two Weeks'.

This year, the MOBO Awards will be broadcast on ITV2 on 22nd October, the UK's biggest digital channel as well as a highlights show on ITV. This will be the first of a three-year broadcast partnership between MOBO and ITV.

Let's await the show this year and ketch the joke on Twitter like every other year! Use the hashtag #MOBO2014