What is JUST BE? 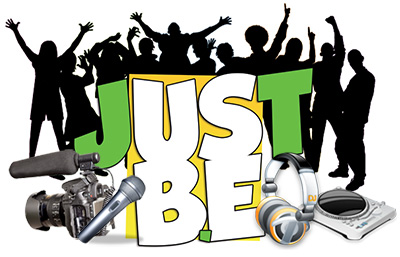 The initial project brought communities together via the work being done and bridged gaps that were in place in East Birmingham for a range of different issues. The project worked around issues of young people's views on social deprivation, race, religion, aspirations, stereotyping and housing needs. The project also bridged gaps between public sector organisations and institutes and young people. As Supatrax presented the project outcomes to some councillors, a lady asked. . . "Why are the young people fighting and robbing each other for cheese? . . . You can get cheese at any Sainsbury's supermarket!?" . . . This is just one of the reasons why we added a translation on some of the lyrics we created via the project! LOL!

The project was developed and co-ordinated by Supatrax, and now has evolved to look at a range of issues with young people regarrdless of their setting. Supatrax and Sticky Radio work alongside Birmingham Youth Services and other organisations to deliver a range of music, DJ'ing, MC'ing, video, photography sessions with industry standard software and hardware.

Above: Picture of award presentation with Bimingham Youth Services, West Midlands Fire Service, West Midlands Police and Supatrax. Below is an outline of the organisations involved and funding the initial project:

Birmingham Youth Service has established good links with young people in Birmingham East providing a range of activities for young people. These service use a range of innovative ways to enage and support the young people via their youth centres and satellite projects in the area.

Friendship Care and Housing Group own property throughout Birmingham East and want to look at ways to help engage young people and reduce anti-social behaviour in the area. Friendship Housing have helped improve the lives of more than 100,000 people since we started out in 1956. They manage more than 4,600 homes and provide support services to hundreds of people across the Midlands. Their staff, partners, and customers are a diverse bunch and we like to celebrate individuality and work together to deliver services that people really want and need.

CTU's primary role is to establish and build close working relationships with communities, along with a variety of voluntary and statutory organisations. The aim is to encourage a collative approach to preventing people becoming involved in terrorism and supporting those vulnerable to radicalisation. The unit tackles the threat of Domestic Extremism which may involve those with racist, homophobic or extreme religious views.

StickyRadio.com is an on-line radio station offering accredited learning via multimedia courses and workshops. The courses not only focus on the creative arts and getting the participants to explore their creative skills and break boundaries - but they are also able to challenge stereotypes, behavioural issues, and support personal development and career progression.

Supatrax.com is an on-line magazine which started in 2001 long before Twitter, Facebook, Myspace etc. Supatrax is a major player in expressing the opinions and acting as the voice for urban communities across Birmingham and the UK. Supatrax is always at the cutting edge of innovative communication with the inner city communities and was one of the first companies catering for a urban audience on the world wide web.
Supatrax don't follow trends . . . They set them!