The Diva tells us 'That's Why!'

The music industry is a buzz about the new edgy single “That’s Why” from the Bay area hip-hop phenom Diva aka Keldamuzik. Hailing from the streets of Oakland, Keldamuzik’s unique style of rap from a strong female point of view, has earned her an international following. The Diva’s endless supply of singles have topped online charts for years, and have been placed in many popular films and TV shows such as Sony Pictures “Please Give” starring Catherine Keener and Amanda Peete and MTV’s The Real World.

Keldamuzik recently returned from a successful tour in the Caribbean and Japan, and immediately returned to the studio to work on her next project “Super Diva”, as well as a new line of clothing for AriRenee Designs in San Francisco.

Diva aka Keldamuzik is what the entertainment industry has been waiting for. She is bringing a dynamic look and sound to a game that has been watered-down as of late. She is a vibrant Hip Hop artist whose talent will not be denied. Aside from obvious reasons Diva plans to set herself apart from the run-of-the-mill acts that come and go. Her lyrical ability puts her on a plateau most established artists only wish for or try to purchase.

Diva talks the things the way they are . . . Some would consider it 'gloating' or 'boasting' but if she's doing it - why not talk about it . . . Don't hate on her cause she can do what you wish you could! Diva bring's an ol skool flava that reminds us of the likes of MC Lyte - but with a new twist. 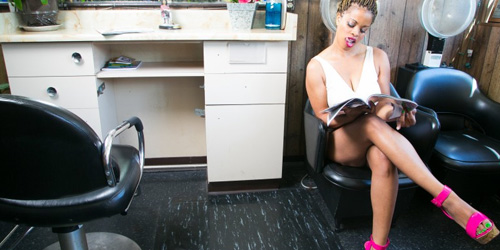 In January of 2005 Keldamuzik signed a production deal with Squad Music Group and started recording her first album entitled "Shut Up, Listen!" that was released in summer 2005. In summer of 2006 Keldamuzik started her own imprint, Golddigga Entertainment and began recording her second album entitled "Diva", released in 2007. Keldamuzik created and hosted her own reality TV series called "Diva TV" as a promotion vehicle for all of her releases and videos. Diva TV aired on over 25 public access stations across the San Francisco Bay Area, and received 100,000 viewers weekly. The program showcases the life of Diva aka Keldamuzik and her weekly exploits through Bay Area Hip Hop culture, special features and interviews include celebrities such as T.I., Diddy, Young Jeezy, Keenan Thompson, DJ Kid Capri, Biz Markie, Ice T and many more. 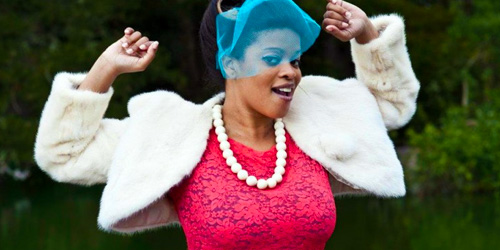 In 2009 Keldamuzik had her first taste of Hollywood after having her song "Weight Up" placed in Sony Pictures "Please Give" starring Catherine Keener and Amanda Peete, which was released in theaters nationwide later that year. Going forward Keldamuzik's "Squash it" an anti-violence song was also licensed in MTV's Real World San Diego, episode 8 and in Oxygen Channel's, "Bad Girls Club". 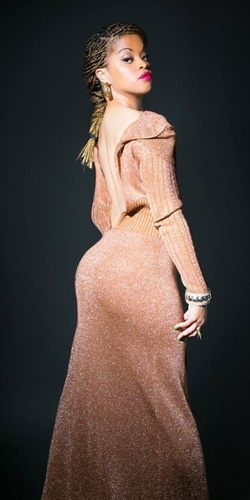 In 2010 Diva released her third album "Diva TV - The Album" and her hit single "Thirsty" spent 5 weeks on Australia's Kiss FM's top 10 chart. Thinking "outside the box" Diva networked and created "The Bay Meets Barbados" tour where she opened for Reggae artist Kirk Brown for several shows on the island of Barbados. Later, she headlined "The Bay Meet St. Maarten" tour for a string of shows; all of the above doing wonders for her Caribbean and International fanbase. In 2011 Keldamuzik started "The Cultural Exchange Tour" in which she opened for Jah Cure at the Heroes Music Festival and appeared on Good Morning Antigua twice.

In 2012 Diva performed and toured with R&B sensation Lloyd in Tokyo Japan for the Summer Music Festival which also featured rappers such as YC, J-lie and Kid Ink. In 2013 Diva's music was entered into Pandora and to follow up she has performed at Yoshi's in San Francisco and Las Vegas's Hard Rock Hotel. Aside from many of the major success she's had, a special feature of Diva was published in the Examiner.com. She is now an unofficial spokesperson for Oakland's very own clothing line Skylier Wear and has modeled for start up jewelry company by Bracelet Bizar. Her latest singles "Queen For A Night" and "That's Why" have already been hitting the airwaves thanks to DSN Music and AMAdea Records.