Ciara and Future brought their real-life relationship on-screen in their sensual "Body Party" video, now they return with its official remix. The track is BIG!! It samples some of the old 808 beats and lyrics that will have you thumpin this hard this summer.

Arriving on 9th July 2013, Ciara's self-titled album features contributions from Nicki Minaj, Future, Mike Will Made It, Rodney Jerkins, The Underdogs, and Soundz. The album wasoriginally titled One Woman Army. After the change was noticed on iTunes UK, CiCi took to her Twitter account to confirm the news and reveal its tracklisting. The follow-up to 2012′s Basic Instinct includes ten songs and one bonus track, lead by the single "Body Party." 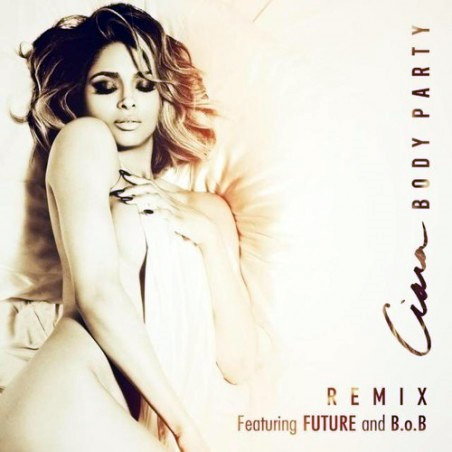 Pre-order your copy on iTunes.